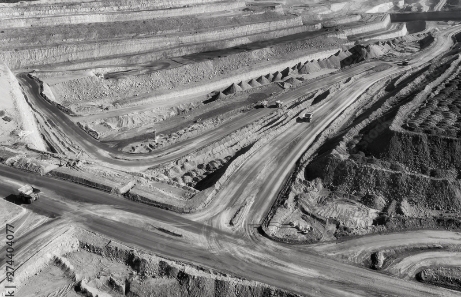 The Piccadilly project consists of one mining lease (ML1442) and two EPMs (16198 and 18322). The project is well placed within the Charters Towers region, approximately 80km from Townsville and accessible from Harvey Range Road (sealed), with existing infrastructure giving easy access to power.

The area  has been historically mined for gold in multiple locations within the tenure. An extensive ground-based exploration program has been undertaken by Piccadilly Gold Mine Holdings Limited, and more recently has been further improved by Cannindah Resources Limited. The geochemical signatures of the rock chips and soil (namely elevated zinc, molybdenum, tungsten, and bismuth) confirm similarity with other intrusive related gold systems in North Queensland such as Kidston, Mt Leyshon, Mt Wright, Mungana, and Keelbottom.

The high-grade Piccadilly main lode produced at an historical grade of over an ounce of gold (31g/t Au) to the tonne. The main Piccadilly Lode strikes east-west through the mining lease, but in the area termed The Bend the lode abruptly changes strike to the north east, paralleling a fold in the host stratigraphy. Such a fold axis and bend is a prime candidate to produce space during the mineralizing phase, and a channel way for gold bearing hydrothermal fluid to exploit.

Comb textured quartz vein samples at the bend area recently returned high grade gold results of 15.02g/t Au at surface from the main East/West lode area, slightly west of the bend and 7.4g/t Au from the area where the bend is located. These high-grade gold results from rock chip sampling are very encouraging for the development of targets in the Bend zone. The bend area is approximately 1km to the east, along strike of trench samples taken from the east/west lode, which previously reported high grade gold in rock chip samples exposed by trenching in the Western Slot. (up to 79.4 g/t Au refer ASX announcement 22 August 2017). 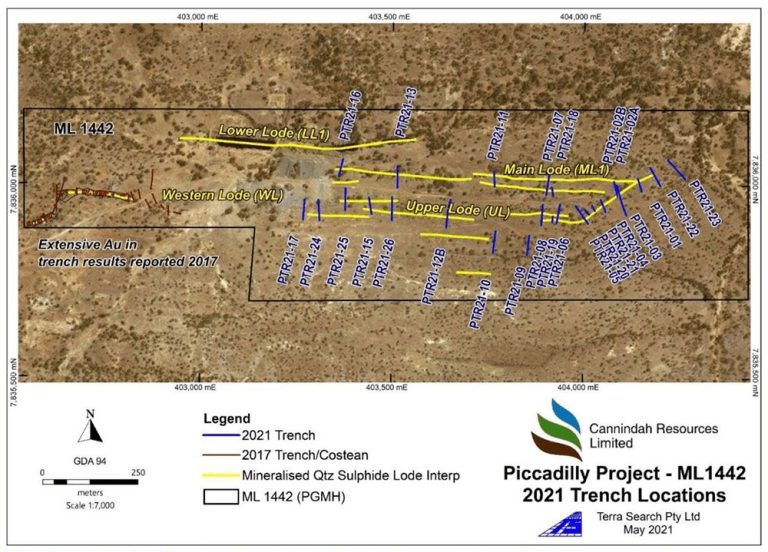 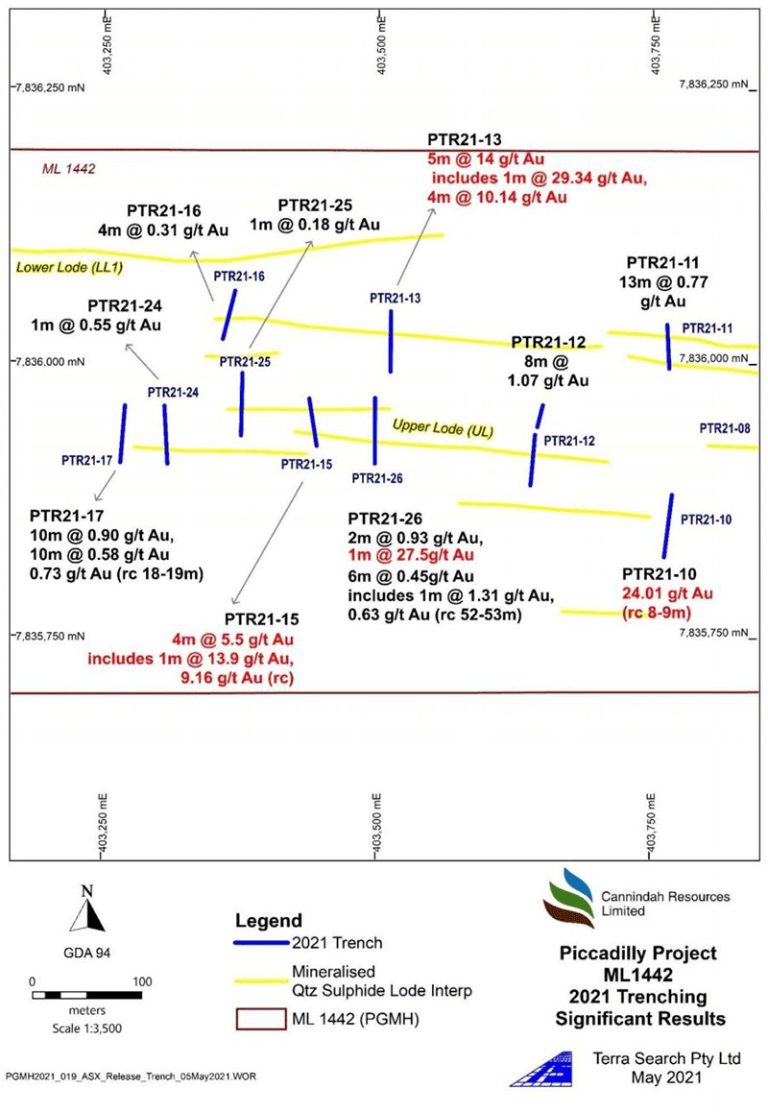 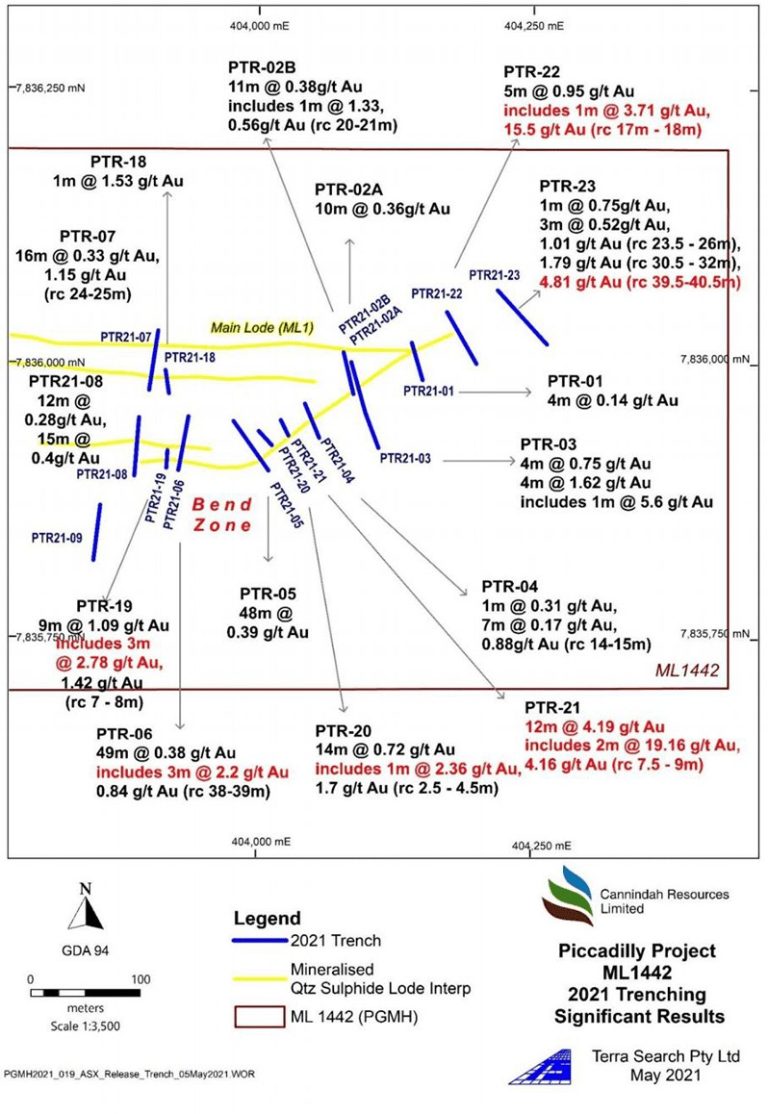